Avv. Carlo Q. Cigolini: founder of the law firm, was born in Genoa in 1956, where he graduated with honours in 1980. Qualified as a lawyer since 1982, joins since 1984 the International Propeller Club – Port of Genoa, and since 1986 the Italian Association of Maritime Law. Arbitrator at the Genoa Maritime Arbitration Chamber since 1989 and supporting member of the London Maritime Arbitrators Association since 1990, since 1996 has been admitted to the Supreme Court of Cassation and since 1999 has been accepted as member of the International Who’s Who of Professionals. Since 2001 he has been admitted as arbitrator at the Monaco Arbitration Chamber. He provides his assistance both in court and out of court, as well as in the role of "expert witness" on Italian law in proceedings abroad. He contributed to the editing of the volume "Shipping & Maritime Industries of Italy" published by MRC Publication Ltd. a first time in 1993 and a second time in 2004, of "The Official Guide to Ship Registries", published in 1998 and subsequent editions, as well as of the chapter "Charter parties" of the law review "I Contratti" published by IPSOA. He corresponds regularly in Italian and in English.

Avv. Michela Mereu: born in Genoa in 1966, where she graduated in 1991, she qualified as a lawyer since 1994 and deals with internal organisation and general affairs. Partner since 2005.

Avv. Paolo Pugliaro: born in Savona in 1974 and graduated with honours in Genoa in 1998. Qualified as a lawyer in 2001, he corresponds in Italian and in English. He is in charge of the professional update of the firm and of the organisation of in house seminars on new legal topics. 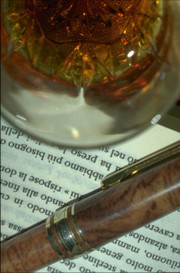